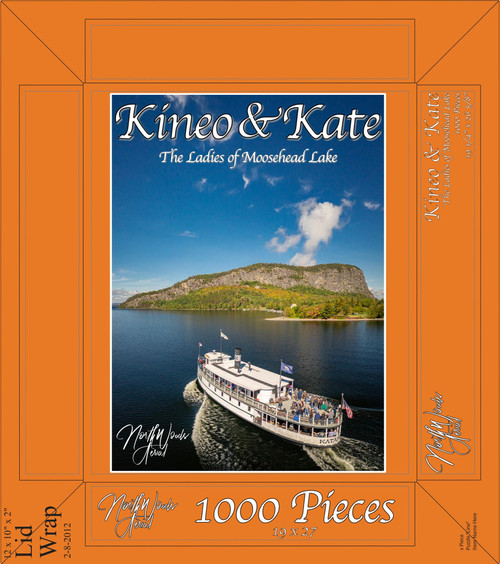 Isaac Crabtree, of North Woods Aerial,  has been trying for a couple of seasons to get the two Moosehead Lake icons in the same shot, and get it just right.  So here you go, the 100+ year old Katahdin "steamship", and the enduring mass of rhyolite rising 700 feet from the midpoint of Moosehead Lake, Maine, our Mount Kineo.  Kineo has been a beacon for humankind for many years. Being the country's largest known mass of this rock, once used by Indigenous People to craft arrowheads, hatchets, chisels, etc., Indigenous implements made from the stone have been found in all parts of New England and even further south.  It is evident that various tribes visited Mt. Kineo for centuries to obtain this material.

The Katahdin, known locally as "Kate", is a historic steamboat, built in 1914 at the Bath Iron Works, it at first served the tourist trade on the lake before being converted to a towboat hauling lumber. It was fully restored in the 1990s by the nonprofit Moosehead Maritime Museum, and is again giving tours on the lake. One of the very few surviving early lake boats in Maine, and the oldest vessel afloat built at Bath.

Breakfast at the Cabin