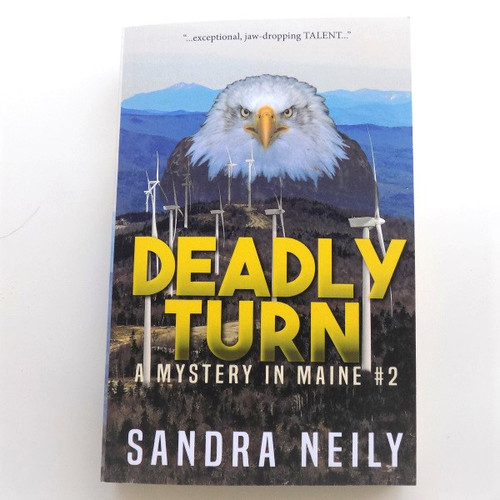 In Deadly Turn, protagonist Patton Conover returns, along with her propensity to ask troublesome questions and show up where she’s not welcome. Patton is hired by a research firm to collect dead birds and bats at Maine wind-power generation sites. When a turbine explodes, she stumbles over part of a corpse, unwittingly implicating both herself and her beloved dog Pock. Under a brutal autumn heat wave and the unblinking scrutiny of Game Warden Moz (another mystery in her life), she’s drawn into a battle among wind-power developers, green-power activists, and locals. Adopted by a teenaged trapper who moves into her cabin with an illegal captive eagle, Patton is once again offered only outlaw solutions to fight for a disappearing world and clear her name.